The idea of machines coming to life, or being used, to murder people has been filmed dozens of times throughout cinema history. Movies like Christine, The Car, Joy Ride, Killdozer and Maximum Overdrive all star some killer rides doing some homicidal driving.

In 2004, movie goers were able to see Highway Men a film about a pepper green 1972 Cadillac Eldorado being driven by an interstate serial killer. The film starred Jim Caviezel (Passion of the Christ) as the protagonist in this poorly reviewed movie that made just $330k at the box office. In terms of horror/suspense this is far from Sundance, but if you love cars it is definitely worth taking a look at the trailer. Remember, this is underrated car movies, so it doesn’t always matter if the film is terrible as long as the car scenes are worth it.

The movie opens with Jim Caviezel character, Rennie Cray, driving a burnt orange ’68 Plymouth Barracuda super stocker. He is tracking down the ’72 Cadillac Eldorado being driven by James Frago who ran over, and murdered, his wife five years earlier. The man in the green Caddy has been running down people at random for years as he crisscrosses the country with no clear destination. When Fargo finds a new target in a young woman named Molly it is up to Rennie to shut him down – forever.

What makes this horror film different from the rest of killer car plots is that the serial killer, Fargo, is wheelchair-bound. The Cadillac is the Fargo’s home, legs, and murder weapon. It’s heavily modified with lighting rod style shifter for every gear, school bus lever to open the door, hydraulic wheelchair ramp, and a suicide knob attached to a single prod that serves as the steering wheel. A broken headlight and busted front grille makes the car look menacing as it speeds along on black steel wheels with limo tint on all its windows.

His victims are all hit and runs that he commits once every 3-4 months in different states, so no one is able to string them together except for Rennie. He is always two steps behind him in his orange pistol-grip equipped Hemi. 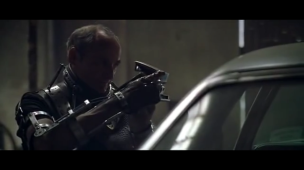 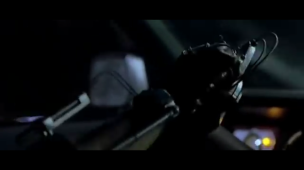 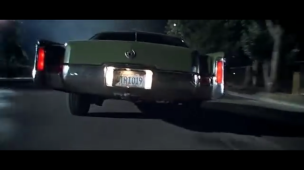 Fargo seeks vengeance as much as Rennie. The day he killed Rennie’s wife Rennie chased after him which ended in a car accident that left Fargo in a wheel chair with a mangled body. Each victim he kills is another one that Rennie feels responsible for since he is the only one who is trying to stop him. Molly is stuck in the middle their high speed feud by sheer bad luck. Molly has a phobia for driving ever since her parents were killed in a car accident when she was little. She worries that if she drives she will crash and make another child an orphan like she was.

What makes this movie worth watching if you are a motor enthusiast is the driving stunts. Seeing a two ton Cadillac Eldorado performing 180 slides is impressive. The ’68 Barracuda never leaves without laying down a set of 11’s and both cars go wheel to wheel at the end of the movie. There is a great scene were the Cadillac is chasing Molly who is being driven by a friend in a Saab 900. The Caddy uses its speed to defy the laws of physics and slams into the back of the Saab launching it in the air before crashing down on its roof. Whomever was in charge of casting the cars was obviously a motor-head because only a Saab could survive a crash like that without crushing its roof. 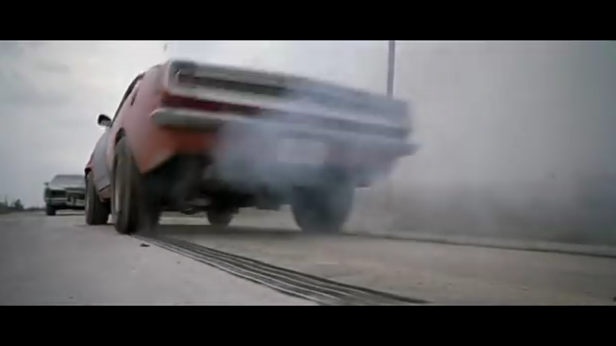 Is this a good horror movie? No. Rotten Tomatoes gave it a whopping 13% rating which is Adam Sander territory. Too many holes in the plot, it’s not a nail biter, nor will it jump scare you. However, it will make you look twice next time you’re about to cross a street. Is this a good car movie? I think so. It’s not your typical bad guy Dodge Charger versus good guy Ford Mustang, instead it’s a creepy Eldorado fighting against a beater looking Barracuda. It’s a cool car movie with a weak horror plot. Definitely a contender if you partake in bad movie marathons.