Taking a Stand for the Four Door Sedan

Many auto writers, including myself, have often mentioned the end of the 4-door sedan in the written word. That crossover SUV’s are slowly but surely bumping the traditional sedan off the road and into a used car lot. It is an exaggeration? Yeah. But it doesn’t change the fact that the automotive industry is staring down the steep edge of an ending era and the logistics of what the next one will bring are still being worked out. Whether or not the sedan will survive the end of this decade is still being mulled over by the foreseen future. In the meantime, Mazda and Cadillac are giving their sedans some much needed attention.

I’ve always admired Mazda for their sense of individualism. They celebrated their 100th anniversary earlier this year. A small auto maker in comparison to giants like GM, Toyota, and Mercedes Benz, Mazda is the Jack Russell Terrier pulling on its owner’s leash as it barks and growls at other dogs in the park. It doesn’t see its size as a problem. While most auto makers are putting their eggs into creating electric vehicle technology Mazda decided to focus on improving gasoline combustion.

Their Skyactiv-X engine with Spark Plug Controlled Compressoin Ignition (SPCCI), first announced in 2017, cracked the code on controlling gasoline compression ignition. It’s very complicated, but from my non-engineering comprehension, basically they use spark plugs to keep compression timing in check and prevent knocking. The benefit is a more efficient gasoline engine that behaves like a diesel engine.

Toyota wants to use this engine technology in future Lexus models and has been rubbing shoulders with Mazda. That means Mazda is getting access to Toyota’s R&D budget.

This new gen Mazda6 layout will include a longitudinal-engine inline-six platform with rear wheel drive. The Skyactiv-X inline-six engine will be accompanied by a 48-volt hybrid system. Mazda is confident that this new Mazda6 will be on sale by late 2022. Best of all, this next-gen Mazda 6 will take styling cue from Mazda’s Vision Coupe concept that debuted in 2017. 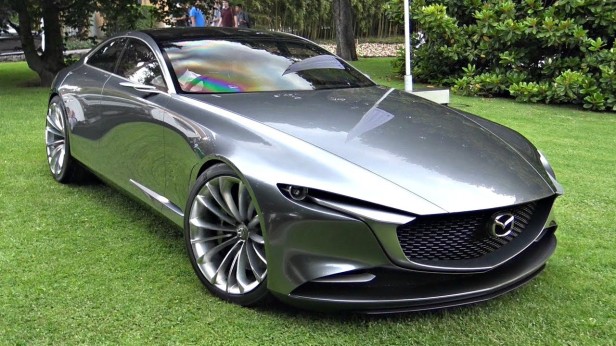 Add this to the auto maker’s reputation for building cars with an added feel in the wheel when it comes to driving and all we car-nerds are giddy with anticipation.

Cadillac recently announced that the CT4-V and CT5-V models will be getting performance trim models for 2021. Both cars will be sporting a Blackwing badge to inform the viewing public, and daz Germans, that these sedans were built for speed – and comfort. The Blackwing name comes from the 4.2-liter twin-turbo V8 featured in the CT6-V. That engine is no longer in production, but the name is.

Cadillac did not confirm what engine will be fitted to the CT5-V, but word on the grapevine is that it will probably be the Camaro’s 6.2-liter supercharged LT4 V8. What is really exciting is that both models will be offered with manual transmissions. A manual, supercharged, V8 powered Cadillac sedan is a manicured hand dressed with a gold pinky ring and a set of brass knuckles. 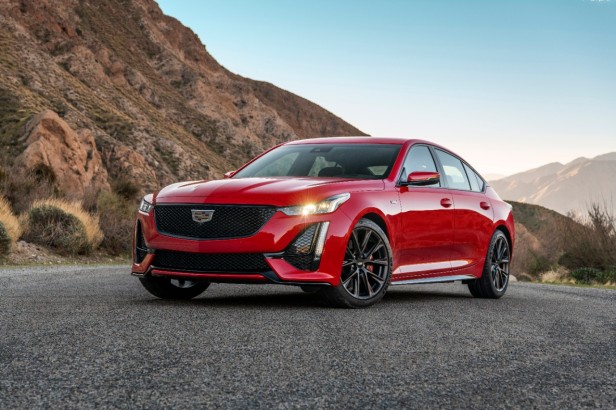 Both these sedans give hope. Not just for consumers, but to auto writers like me who deep down worry about a future where all vehicles drive and feel the same. A sea of 2.0-liter turbo 4 cylinder engines and mid-size all-wheel drive CUV’s with the word coupe somewhere in the name. Super cars dressed in similar looking silhouettes while playing king of the hill on the Nurburgring. Self-driving cars are still years away from becoming standard, so I’m delighted that Cadillac and Mazda are attempting to build these cars. Stylish 4-doors sedans with added horsepower, unique engine technology, and the option to heel-and-toe.