Universities should offer degrees in automotive history. This is one small story that many know have probably heard in passing at car shows. It’s centered the fact that Dodge nearly named a car after a vulgar slang term.

At the start of the 1970s, Chrysler was looking for a name for a sports fastback version of the Dodge Dart. Really, this car was just a rebadged Plymouth Duster. This car would wear a different face and needed its own identity. It became the 1971 Dodge Dart Demon. Today, when people hear the words “Dodge Demon” they picture a big orange Challenger lifting its front wheels off the line. A supercharger cracking the whip on over 800 stampeding horses comes to mind.

Die hard Mopar enthusiasts know that the original Demon car’s history could have been entirely different if Chrysler had gone with their first name choice – beaver. That’s right, for a moment in time there was going to be a performance model named The Beaver. We may never know who came up with the brilliant idea to name their 1971 model the Dodge Dart Beaver. Of course, clearer heads prevailed.

Imagine a scenario. A faux wood board room of starched grey suits feeling pleased over the name as a cloud of nicotine smoke hovers overhead. A young intern walks and sees the name and different renderings of an angry looking cartoon beaver. A suppressed laugh manages to escape the intern’s mouth upon seeing it. The table of suits turns to face the young man. They don’t see a man only a demographic and ask him what he think of the name. The intern feels the spotlight on him and is nervous about losing his job. He stammers and thinks of the right set of words to say.

“Well, I like the cartoon. The name makes me laugh.”

The suits lean closer in their swivel leather chairs and ask him why.

Nicotine smoke legers in the air in utter silence followed by the sound of paper being crushed under the pressure of manicured hands.

The hottest engine for the Dodge Dart Demon in 1971 was the 340 V8 four barrel making 275 horsepower and 340 pound feet of torque. This car came out just before smog emissions began to choke the power out of muscle cars. That means the 1971 Dodge Demon 340 could hit 60 miles per hour in 6.5 seconds. There was also an appearance package offered for non 340 engine equipped models called the Demon Sizzler. Imagine, the Dodge Dart Beaver Sizzler. 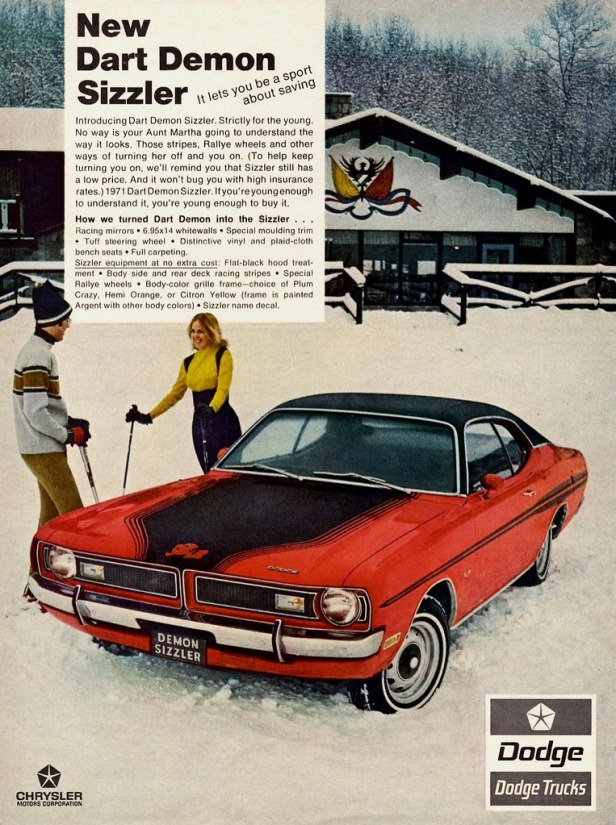 By 1973 the Demon name was scrapped by Dodge. Not because of fatal recalls but because Christians complained that the name Demon and little devil badge were too offensive. It wasn’t until 2018 that the Dodge resurrected its Demon nameplate for a car that was born to raise hell. 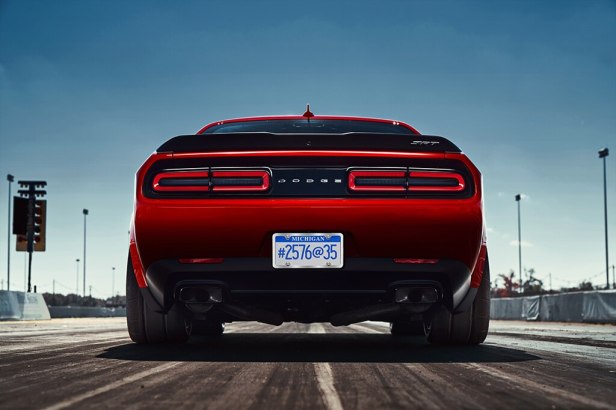